In mid-March, I went home for the weekend to surprise my mum on her birthday. Before I went, my friends and I bought tickets for a big night out for the day I get back. The end of term was near and we wanted a big night out to end the term before going home for a month over Easter. I went home, celebrated with my mum and family and was on the train back the next day when I got a call from a friend, who told me that the event had been cancelled because of coronavirus… That was the first time coronavirus had properly affected me and it wasn’t news I wanted to hear.

Since then, university life rapidly changed for me. Before I had left uni to come home for the weekend I didn’t expect anything to change over the next month. Very quickly, the university announced that the gym and leisure centre was to close for health and safety reasons, which lead to a drastic decrease in exercise I did because I became incredibly lazy. Luckily, I still had lectures to go to and assignments to write! However very quickly after that, the university announced that the library, which used to be open 24 hours a day, would be limiting its open hours. This wasn’t great news for me as I had often done late night library sessions to finish an essay due the next day. Very quickly the life of a university student had changed. The following week, the university announced that all lectures and seminars were optional and people didn’t have to attend if they weren’t comfortable or didn’t feel safe. When Uni is advising students that they don’t have to go to their classes, most of us realised that we would be forced to come home for good so just focused on enjoying the last few days hanging out together. 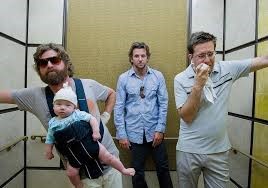 A week later university had officially shut, we had all come home and didn’t know when we would be allowed to come back. I was really disappointed to hear that my first year was cut short. While it was obviously the right decision to make I am going to miss out making so many memories.

First year is supposed to be the best year, it’s the one where you do the least amount of work and go out the most and it’s awful that we are going to lose that. I know that we will make up for that in our second year but it’s not the same. Not to mention I won’t be able to see loads of friends who live in other parts of the country.

The university had announced all exams had been cancelled which was great news for a lot of us but we didn’t know how we would be able to progress to second year without being examined. Luckily the university was very good to us and announced that all first year students would progress onto second year without having to complete any more work. While this was a disappointing end of the year and we missed out on a whole term of uni life, I was relieved to find out that I would be able to progress onto the next year and wouldn’t have to do anymore work. Now we are all just hoping we can go back to university in September so we get to live together and make up for lost time.

If there was a second wave of Covid-19 when we returned to University in September, I would want the university to be more communicative with us. There was a lot of anxiety about how we were going to progress onto to the next year and the university were very slow at communicating with us about what was going to happen. I also wish they had acted quicker to shut university down. It took almost a month from the first outbreak in Birmingham for the university to start closing facilities. Hopefully they would have learned from what happened and be able to act quicker to close down campus and fight the virus faster although I appreciate they were waiting on Government advice and guidance.

Share Post
Previous
Renting a University Home & Avoid N...
Next
Find Your Student Accommodation in the U...

We deliver to all postcodes in England, Wales & Scotland. If you're unsure, then enter the GB postcode of your desired delivery address below and click 'check' to see if we deliver there.

To enable/disable types of cookies, please use the controls below.

These cookies should be enabled to ensure your experience is not hindered. Some key features will not function properly without these cookies. For these cookies which are strictly necessary for some purposes and which do not collect personally identifiable information, there is no control switch, but you can always disable these in your browser's settings.

This website uses Google Analytics to collect information such as the number of visitors to the site, and the most popular pages.

Please enable Necessary Cookies first so that we can save your preferences!

Please enable Necessary Cookies first so that we can save your preferences!